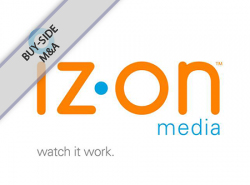 Technicolor’s CEO embarked on aggressive M&A strategy to expand perimeter and participate in new growth businesses, such as out-of-home advertising.

“Kevin was instrumental in our team achieving success on several very important M&A projects. He could be counted on to deliver relevant and accurate analyses to senior executives under tremendous time pressures. He contributed directly to the completion of three transactions that are key to Technicolor’s current growth initiatives. I would highly recommend Kevin for future endeavors”